I was recently asked by a colleague to build a portal to allow engineers to start and stop two Amazon EC2 instances that host software used network discovery and mapping. The intent was to only have them running when necessary to reduce the cost of instances running when they are not in use.  Jokingly, I asked if he wanted me to build this portal on an EC2 instance. He didn’t catch the joke, so I explained that running one full-time instance to control two other instances was probably not going to be very effective at saving money.

I decided this was a great use case to learn something that was on my “things I want to know how to use” list: AWS Lambda. I knew Lambda could be tied to Python scripts to start and stop EC2 instances via the API, but I didn’t know exactly how it worked yet. After a little research, I was able to find some pretty good tutorials about what was needed. The basic solution ended up being a combination of four AWS services:

However, because I wanted this app to be tied to our domain name, I also had to do a little work with:

If you are the visual type, it looked like this: 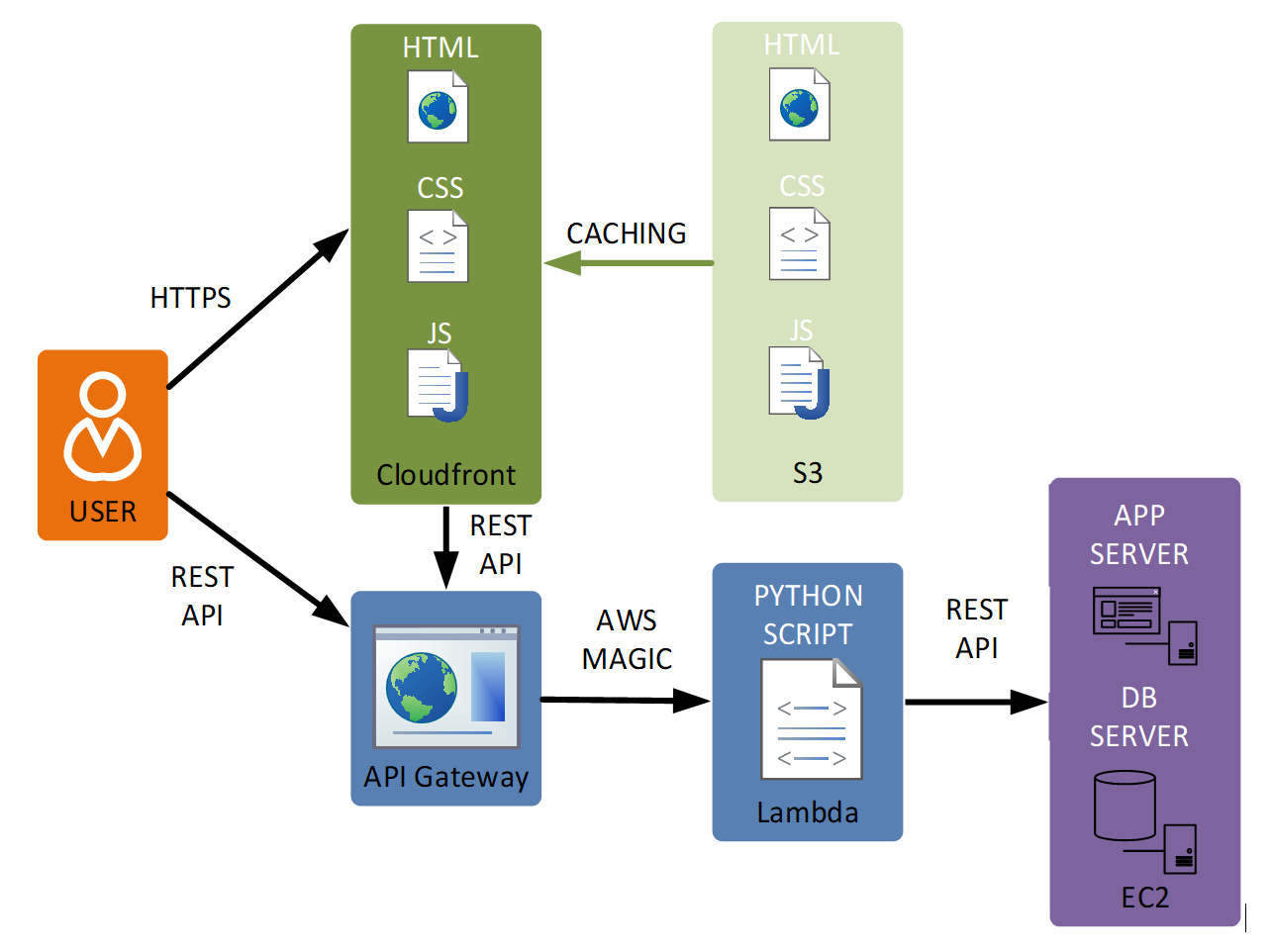 With some work, I was able to glue all of these pieces together. The result was a working solution that required no servers to maintain. It was also “API First” and allowed users to hit the API directly and not even deal with the GUI, if they were so inclined. At the end, all I could think to myself was, “Wow! This is really cool and how I will build everything from now on.” It also occurred to me, “Wow! This is serious vendor lock-in.” Another concern is that most of the apps I build are for automation, orchestration, or visibility in a data center, and they may not have access to these public services—and many don’t have any type of connectivity back to their AWS VPC. Many customers also still have concerns about handing over control of their infrastructure to the cloud.

With the thought that anything worth doing usually has an open-source solution, I started looking at ways to host serverless apps internally. Building on what I already consider “the future” of development environments, I specifically started looking for a Kubernetes flavor; I was not let down. Function as a Service (FaaS) is the term used for Lambda-type behavior and OpenFaaS is how you can build it on Kubernetes. There is a project available on Github (faas-netes) that will build the complete solution.

Why go through the effort of standing up Kubernetes and OpenFaaS internally when you can just use AWS?

If you haven’t looked at serverless computing, I highly recommend it, regardless of whether it is in AWS, Azure, GCP, or any other provider who offers it. If you are already working with Kubernetes and are interested in adding this FaaS layer in a private or multi-cloud model, or just have some free resources and are looking for ways to make them easier to consume, I would recommend checking OpenFaaS out.

GET A BETTER UNDERSTANDING OF YOUR DATA CENTER ENVIRONMENT

Our team of Data Center experts have designed the Data Center Foundation Workshop to fully understand your current environment, identify potential risk factors, and provide next steps to improve resiliency — which could include a move to the cloud. Schedule your workshop today.