Amazon starts an initiative to re-train 100,000 people across their organization, you should be paying attention. This isn’t some sort of PR display by Amazon, either. This is based on something they know quite a bit about: The cloud is disrupting how companies implement new technologies and transforming the talent needed to support these new initiatives.

The creation and growth of cloud-native services are not only changing how technology departments are creating new tech, but it’s also changing the entire business landscape altogether. Digital and cloud mean a new normal: No servers to maintain, cheaper cost of service, quicker speed to market. Over the past decade, the cloud has revolutionized the tech-savvy organizations, and now it’s an all-out race to realize the potential upside for all enterprises.

In fact, traditional enterprises don’t have much of a choice but to embrace the cloud. Companies that win today realize they must ditch legacy systems and quickly embrace more agile continuous delivery processes. After all, software builds are now measured in hours, not weeks, and there are multiple deployments a day as development cycles shrink from months to days.

So, if you’re a CIO or CTO of an enterprise feeling the impacts of digital transformation and need quick action? Let’s start with the basics; there are 3 things companies must do right away to stay up-to-speed with the latest software development trends.

Cloud-native & serverless are the future for your company, embrace it now

When you look at the impact of cloud, nothing stands out more than this quote from the founder of Zoom post - IPO.

“Someday someone is going to build something on the cloud, and it’s going to kill me,” Yuan told Bill Tai, a venture investor who became one of the first backers of Zoom.

The biggest take-away from this quote is that all new applications or services that you build, should be built natively in the cloud-first. Defining “cloud-native” is a bit tricky, but I like this definition the most:

More than mere hype, cloud-native development encompasses an entire approach to software that affects the design, implementation, deployment, and operation of your application.

Serverless is also a welcome new paradigm thanks to well-known cloud providers like AWS, Google, and Microsoft Azure. According to this model, the cloud provider dynamically manages the allocation and provisioning of servers for you. So, instead of dealing with late-night server patches and updates, the business can focus on building applications knowing that the infrastructure is stable and also completely taken care of.

Cloud-Native Data Platforms are the key to digital transformation

When data is in the right format, trustworthy and accessible, this feeds the success of digital transformations. Machine Learning and Artificial Intelligence all require data. Business Intelligence and data analytics projects also require the ability to access trustworthy data across the enterprise.

What’s interesting is that the biggest failure point for data analytics projects is that the BI solution and project team couldn’t access the right data in the right format, or they just couldn’t trust the data.

Building a data-driven culture that includes self-service analytics as part of the company DNA requires making that data accessible and organized across the entire enterprise. It should reside in a central repository, which essentially becomes the source of truth. Also called a “data lake,” this repository contains structured or unstructured data stored in raw form until it is needed.

Train your employees for a new way to build software.

Cloud-native development will require employees to be well aware of the important role that data analytics plays in applications. As one article well states and summarizes, “Web services and predictive modeling relies on programmers in order to pull the correct data, categorize it appropriately, and run the algorithms that will produce the insights sought by a company’s decision-makers.”

If you ask the CEO of AWS, Andy Jassy about the impact of serverless and cloud computing, he has a pretty bold prediction:

"We are expecting a totally different programming model. And so we're thinking a lot about that on the compute side and working very hard there."

The new era of cloud-native app development and data platforms also requires a formidable range of new skills in order for companies to remain competitive. In fact, the vast intersection of tools, technologies, and resources required to stay conversant in today’s digital economy has led to concerns about adequately filling the developer gap.

I truly believe that how organizations hire new talent is changing every day. Instead of just having a basic business knowledge, some technical knowledge will be required to make an impact. Amazon is doing it, and others are going to follow very quickly. Cloud-native application development will require knowledge of more than traditional .NET and Java paradigms.

If you’re not embracing the cloud, maybe now is the time to look into it before it’s too late. 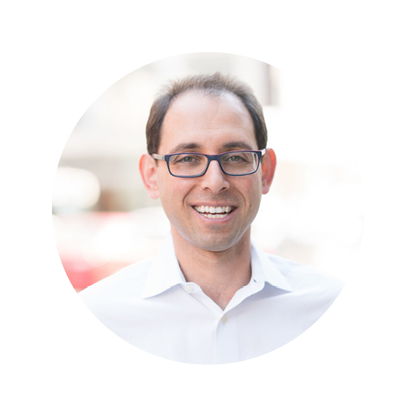 Create Your Path to Cloud Modernization

Understanding your unique business goals is the first step in outlining the right path to modernization. With ConvergeOne's team of experts, we'll use our best practices to ensure you have a vision and strategy to execute your cloud modernization journey.